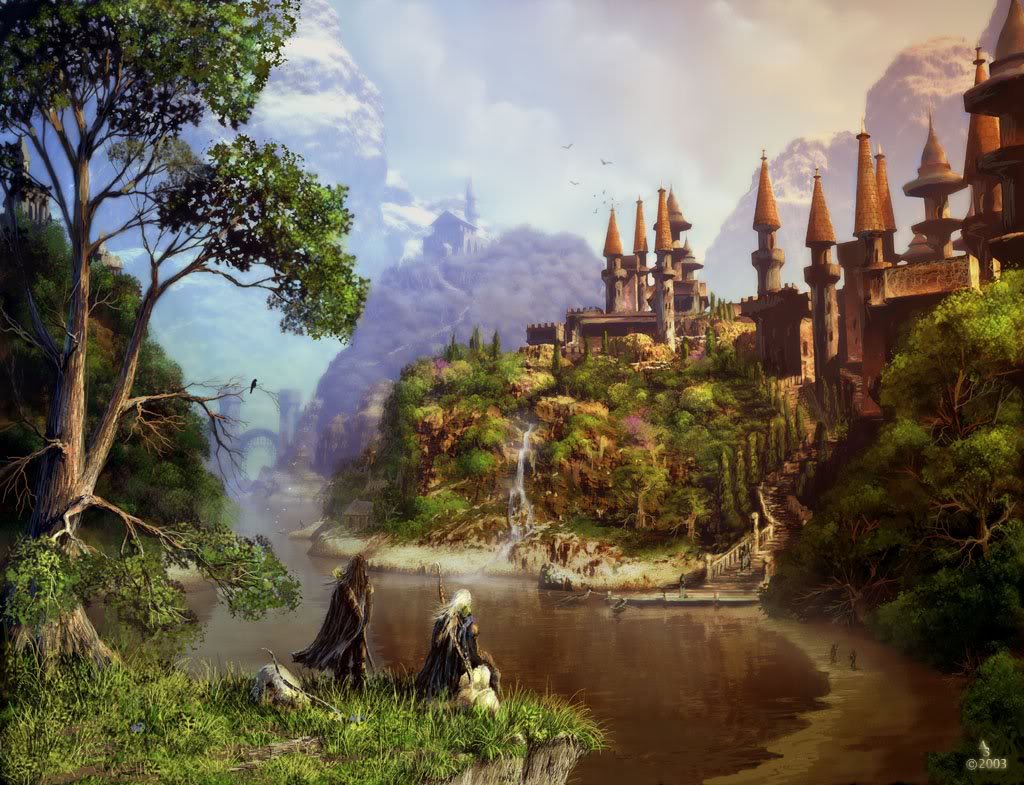 Mal’Ger Ti’Zan came to the region some thirty years ago, and just set up a mountain manor without anybodies permission. The area he chose to live in was at the head of the dreaming mountains and surrounded by a rather ill omened forest that only the desperate like a bandit would live in. The old Thane was hardly best pleased about this, despite the area not being of any great wealth or status; but when his agents and sheriffs failed to return with his demands answered: or worse came back partially changed into something else entirely he decided to talk to the magician instead of attempting to bully him.

In time he and master Ti’Zan came to an understanding he gave leave for a small village nearby to become tributary to The Ti’Zans and once a year the Ti’Zans paid a nominal tithe so they would not be disturbed in their mountain retreat by any official entanglements. After a few years Master Mal’Ger even made a rare appearance at court events occasionally accompanied by his younger brother Di’Kor and ALWAYS with his huge giant Ape like bodyguard. After a few more years select members of the area were actually invited to the mountain retreat for social events in their turn. Many of they returned alive as well so all seemed normal.

After nearly twenty years the Old Thane died (no mystery – his mistresses killed him very publically!) And Mal’Ger Ti’Zan was duly sworn in to administer the district for the prince. A task he largely delegated to his Brother and to a lesser extent his half brother. Beyond that little is know save rumours that master Ti’Zan was a great traveller and rumours often came of his exploits (always with his bodyguard Ape in tow) in far away places.

The Slumbering Forest & Dreaming Mountains
The Spur of the mountains that bisect the island are called the “Dreamers” as there peaks look as if they are leaning towards each other, somebody in the distant past thought it was reminiscent of helmeted Guards half slumbering over their Spears at watch so the nickname stuck.

They are not known for huge mineral worth, though the stone is of good quality for construction. Some marble deposits are also known and worked but the loads tend to be small and so is used for decorative purposes instead of grand construction. The only precious gems known to be mined are Moonstones. There is a rumour a small mineshaft to the best deposit exists near the manor. Though this has always been denied.

The slumbering forest has several rivers that are fed from Springs that pass through the enchanted rocks of the mountain and so is known to be a little strange as a result. Creatures of the “Faye” class are more in evidence. Humanoids are best advised to stay on paths and or just plain avoid its deep groves.

The Targets:
Seen in this area and possibly now in the employ of the Thane were the following “Targets” listed on the party’s Warrant Scroll.