UPDATED – Been reviewing some scenario’s and realised I need to have at least two Targets per Arc so am adding one or two here as I see the need. Be sure each story Arc will nave no less than two targets someplace within its scope! You can’t call the scenario over till you bag at least one of them 🙂

This is the Public Version some of you may get slightly “adjusted” versions from the DM privately. XP value is not listed here as there is the small chance that might temp some to “cherry pick” targets rather than going in the order that best fist the partys level progression. More info is available to be discovered in the progress of the campaign. 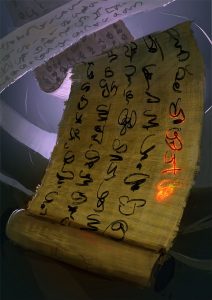 All the individuals listed hereafter are know to be associates of the higher level villains your senior guild mates are pursuing on the other side of the island. Some do not know each other as far as your sources know. However known associates are cross listed. If the specific warrant for each is unrolled and read in the presence of one of these individuals who is either dead or restrained in some way (i.e. being asleep) a magic mouth will active congratulating you on there apprehension. If that warrant is then presented and read to an officer of the law a second magic mouth will activate confirming your deed and your status as a member of the Guild of Bounty hunters and requesting that they pay you the agreed sum. If they do not you are to file there name and circumstances with the guild whom will take up your claim for compensation with them directly….. 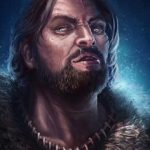 A known Elven assassin. A master of poisons and stealth. Thought to have fallen out with his master and setting forth to gain his own reputation by attempting some high profile kills of his own. Regardless he is to be slain on sight by any guild member. Not much is know about this fellow save that he is a green elf supposedly exiled from his Kin for circumstances unknown to us. Given his background he is a master of herbal potions and poisons that affect the mind (sleeping drafts are a known speciality).

While his Elven ancestry make it impossible for him to pass for any other race he is quite skilled in disguising himself as a different member of that race. His normal appearance is 5’6″ tall with a chestnut coloured hair worn short sometimes even shaven at the sides. As befits his “profession” he keeps himself very trim so to another elf he might even seem on the scrawny side.

Reward: 50 GP Upon proof of his death.

This fellow is wanted for stirring up trouble throughout the kingdom. A fanatic whose ideas of “Balance above all else” has got him expelled from two respectable Druid groves the Fellow is known t pose as a benevolent protector and guide before seemingly turning upon whole communities for no reason that has yet been determined. One Druid colleague speculated he may have become insane. Regardless of his mental health the individual needs to be brought to justice, he appears to be human by race but persistent rumour suggest he may be a Human Elven mixed blood. Other details of his appearance are as follows. He stands 6’3″ tall of medium build, bearded as befits his profession, with his hair colour is a piebald black with white highlights upon the sides of his temples. The man is very tanned but obviously of white human (or human/elf) race. His forearms are crisscrossed with fine white scars and fairly notable as a result. He has never been know to use an alias yet but this should not be discounted.

Reward 150GP Alive, paid by the Silverwood Circle of Druids whom will arrange pick up of the prisoner once captured. 35 gp Dead, paid by the Kings treasury.

This foul individual was posing as a holy brother of the High Church of “The SIlver Hunter” (God of the Wild Hunt – A Neutral deity)  when he wormed his way into the trust of the Baron de la Fountoy. Once in the Baron’s employ the blaggard lost no time embezzling the Barons treasury and was accused of ravishing the Barons daughter as well before he used his dark Magic to flee the Barony. It is thought he had assistance in his flight by the renegade Druid Ash mentioned elsewhere in this general warrant. The Holy Order wants him brought to justice, but the baron has offered this guild a rather more lucrative if extreme form of contract. Exact execution of this individuals capture and disposition is left to the officers of the guild in the field when he is apprehended.

Braken is a heavyset human man possibly 250-270 lbs with wiry black hair that frames wide course features. Despite these unappealing looks he has the voice of a singer and a charming manner when he chooses to employ it. Being a cleric he will not likely be found without his holy symbol which is a twisted knot design wrought in silver. Last reports were that he had it set into a heavy thumb ring that he wore constantly. While posing as a priest of the “The SIlver Hunter” he would hold his Holy symbol in the same hand when performing magics thus deceiving many as to the source of his powers.

Reward 50 GP alive paid by the crown; but 150 Gp dead and rendered unable to be raised. Paid by the Baron de la Fountoy.

Wanted for Robbery with intent to kill. This individual served as a lookout and enforcer for many minor league villains on the mainland. Previously he had avoided killing his victims but one of his underlings wreaked mass murder one ambush and by association he is now guilty of murder in the second degree as well as armed robbery of too many counts to mention. Wanted dead or alive but a higher bounty will be paid if he is alive.

Brazuro collects names as other folks collect coins. it may not even be his given name but is listed as it is the last one he was known by when committing his most recent crimes. Physically he is 5’11” tall, of athletic build with a slight limp in his left leg which he has claimed to be from a riding accident. He wears his hair very short or shaven off as some report he is beginning to go bald at the front early. Occasionally he sports a dark mustache which again on rare occasions he lets grow into a full beard. Given the slightly hotter climb of Rakhan Isle its likely he has shaved his head again.

An unusually large and belligerent Kobold. Wanted for all manner of baditries. Was known to have boasted he was “Going home to claim his rightful place!” While leaving a trail of death in his (its) wake. Speculation is that this Kobbie is of Noble birth by there standards and is returning to start a clan of its own or take over its former clan. Either way the creature is dangerous in the extreme and a bonus will be paid for any Kobold slain that can be proved to be connected to this individuals clan

A notorious setter of ambushes and traps. Suspected for many more crimes that these but he has been confirmed as being the killer of three men all by the use of lethal traps often set at the request of Brazuro. A known coward this individual if not captured will often persue a grudge against someone that has slighted him usally in the form of sabotaging that persons belongings, and or arranging an “Accident” to befall them.

Ignall is a shortish human about 5′ 9″ tall with dark wiry facial hair slightly balding at the back though he frequently wears a wide brimmed leather cap to cover this. He has a distinctive squint in his left eye from where a trap exploded in his face it is reported. But apparently he has disciplined himself to suppress this reaction unless under extreme stress.

A petty killer with small imagination. Wanted dead (only) for the slaying of a royal courier in a bandit raid lead by Brazuro. Weak willed compared to his fellows, it is expected that I he is captured he will soon lead you to Brazuro or possibly Ignall.

Margen is a tall blond man about 6’3″ tall with a good muscular build and pale almost invisible eyebrows due to the lightness of his hair. Eyes are light blue and he seems a little simple at first glance but if roused he is a decent fighter and should not be underestimated. 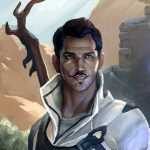 This is another charming “Rogue” too suave for his own good! Wanted Alive by his family the Lightfellows are offering a very good fee for the recovery of their favourite Son.

Not guilty of any specific crimes per say with the possible exception of a bit of petty larceny, Milo has fled to Rakhan island in search of adventure or other foolish idea. He is always looking for a lady to woo and is positively besotted with the idea of the itinerant minstrel plying his trade wherever he wills. 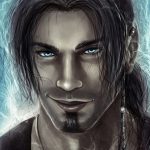 A Mage of unsavory reputation. Not terribly competent but specializing in Fire spells. Unsurprisingly he is wanted for multiple counts of Arson.

Known associates Not known, but he was a reported foe of Prenull. They had some sort of disagreement and Mordus was reported to be going after Prenull as he said he was the one that had framed him for a certain Barracks room fire some months ago.

A former royal guardsman whose gambling habits got out of control. Known to associate with all manner of thieves but is wanted for slaying the quartermaster of the Castle where he was last stationed. A very dangerous man with a blade caution is advised. Thought to be heading into the interior of the Island as a freelance mercenary willing to work with anybody for the right price. Look for reports of mercenary for hire notices and you may well come across this individual.

Well built as befits a fighter of some skill Prenull is about 6′ tall and has dark red hair that might appear brown in poor light. Eye color is a blue grey he has to weigh about 200lbs though next to none of it is fat. he often appears fierce and stressed and rarely in a good humor. He seems to recognize his statical shortcomings however and we suspect he will sign on with a new master that has proven there superiority to him in fighting or more likely cunning.

Claiming to be the last scion of a minor noble line this fellow his swindled his way across the country. So far no deaths have been laid at his feet but he has stolen many a pretty trinket from minor noble impressed with his claim of decent from a Lord Tunulus. This Lord Tunulus was known to have a summer palace located somewhere upon Rakhan Island searching the vicinity of its location might well bring word of this rascal.

Tornaldo is 6′ tall of slightly portly build green eyes and chestnut brown hair. He often dresses flamboyantly as you might expect from one of his profession.

Reward 50GP Dead 75gp alive or with proof of the Bracelet of lady Galdera being recovered. This is a fine anklet of silver (Actually Mithril) with cabochon cut sapphires set in it. Worth 25 GP but worth more to the Lady Galdera’s family

Known associates Dark Odo and Prenull. The former only met him briefly it is speculated to exchange arcane knowledge. The later was an old drinking (& gambling) buddy before Prenull went bad.