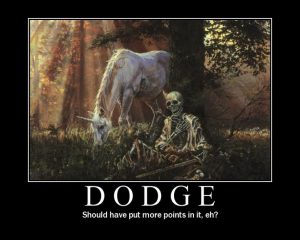 In DCC there is a quaint custom for character creation (at least for the first time) that is colloquially called “The funnel” where 0 Level peons are forged in to mighty (oh well Potentially mighty) adventurers… In essence you get to play a handful of 0 level expendables in a kind of gauntlet type adventure. The survivors (against all reason) develope a taste for the adventuring life and go on to become 1st level of some adventuring class.

While this is a lot of fun it can also be a complete Pain-in-the-Ass if you have a particular character type you’d like to play, so for the purpose of the game here I am proposing a slight shift in the standard set up. If you have a definite idea of what you’d like to play what we’ll do is, you’ll make up your quartet of 0 levels and pick out the one you feel will be the best option to build your character upon. Those electing this will be “breveted” to 1st level, but in the opening scenario it will be the responsibility of these privileged few to try and ensure the survival of anyone electing to take the traditional route! All will be revealed during the intro adventure 🙂 Any 0 levels that make it through the funnel will gain a slight advantage by doing so, so they are not loosing out to those that skip past this stage to 1st level directly. Ideally we will have a mix of 1-3 folks trying either method, but the intro can work regardless of how the party starts to form itself.

After the intro adventure, there will be a “Time out” game chronologically speaking. The main campaign will begin about one game year later after the adventure allowing all 0 Levels have been trained up to 1st in their selected classes. This ensures that those that need special treatment (IE Mages learning spells etc) will have done so and been passed out as “Apprentice” level at least. Those that started at 1st level will gain a small portion of XP (or other small advantage see below) to reflect they will have also learned some stuff over the preceding 12 months.

Those of you electing to make up to four 0 Level Peons I salute you! Those that survive the intro will retain their 0 level hit points and have them added to those they gain at 1st level. Naturally XP gained int he intro will be yours. Players electing to start at 1st level will not gain any XP on the first intro adventure, Loot on the other hand will go to those that find it 🙂 In the case of multiple surviving 0 levels Pick one and hold the others in reserve: just in case!

During previous plays of the game it was generally agreed however that a decent Character could occasionally get spoiled by one (or more) dog stats. So in brief here is how that is changed in this campaign.

At every Odd numbered level (yes that includes 1st) Pick a stat. Roll 3d6. If you roll OVER you current score in that stat you get to improve it one point. If you fail pick a different stat and try again until all 6 have been tested for OR one of them has improved. If you crap out 6 times start over.

This way you always get a 1 pt stat increase every other level. Not too much but it should smooth out the worst dice. During the course of adventures it may be possible to improve stats by Magic, special training secrets etc etc but this is a fail safe that is always gonna be there. I repeat this IS allowed at 1st level but only for those characters that start at 0 Level and survive the into. If you elected to start at 1st level then it is assumed that you had already had this bonus applied… 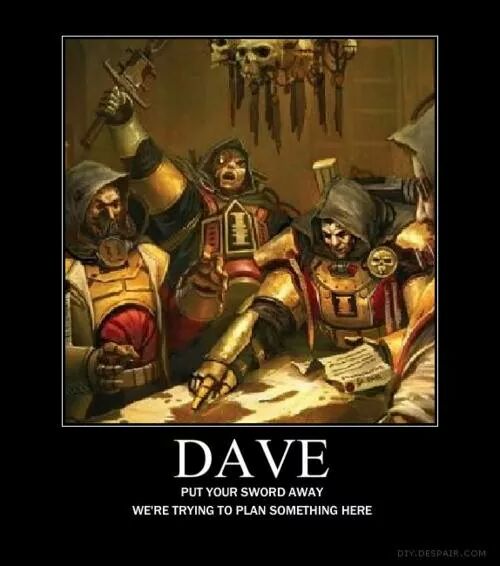