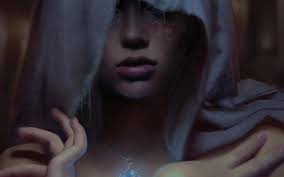 Adventure 0: “Who invited the Orcs?”

Phaedra was born with a club foot.  It marked her from birth as ‘undesirable’ some even went so far as to call her cursed.

If unsure of anything please refer to the Character creation guidelines I posted here on this page : Character creation Process. Initially we need 3-4 of these for each of you. The starter adventure will run them through a bit of a gauntlet to see who survives. I expect some character deaths there so be warned. But the concept is that having survived their brush with death these 0 Level peasants rise up to the challenge of becoming adventurers together.

Now if you have a character that you are absolutely sold on and are convinced that is the one you wanna play then let me know I am wiling to let you all designate one Toon to 1st level which we will develop further. These guys will still have to do the Intro adventure however. In practice the intro should be  a bit of a chaotic “romp” to see who survives, the thing is, sometimes a character that seems unassuming on paper plays well or just feels lucky, so I recommend just going for it!

With that in mind its probably to create a background story or two and not directly assign it until you see whom out of your starting toons makes it through. Though if you like writing backstories feel free to do them up now 🙂