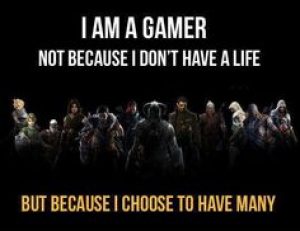 Ok this is the new holding page for Experience points. Each “Adventure” will have its own post listing the XP gain by session in it. Access the XP awards by session Posts Here.

General rule: Will aim for each “Adventure” to grant you 80-90% of the Exp to make a level. To actually level up each time you’ll need to do more than cruise through, but I don’t intend it to be an onerous chore to make it to the next break point each time. We’re here for the fun  after all 🙂

To Recap Experience points will be given in the following ways:

1. Finding and defeating one of the villains on your “List” will bring a flat EXP. award to ALL party members involved in their defeat. These awards will go a long way to getting you the points you need to level I hope.

2. Completely finishing a dungeon/scenario will also grant a completion award as you guys will have materially helped the general populace in the area in some way or another so this reflects public gratitude etc. I hope.

3. I give no EXP for simply Finding treasure. However if you Spend treasure in some character appropriate way I give you exp. then based on what you spend. Bear in mind most small settlements have only a limited amount of resources you can spend your loot upon!  Typically there will be a minimum of one week down time between adventures in the characters time line. Please see Downtime Oh What to do! for some specifics.

4. Good role playing will always give you an instant Exp. award for particularly apt acts in character 😀

5. At the start of each session you will be given a “Special Orders” card. Some will be blank one or two may contain a special instruction you are to focus up in that adventure session (only) as part of your personal evaluation by the Mercenary Guild. Playing in line with this instruction will garner extra XP rewards at the end of the session.

The above table is derived from the DCC core rules but is roughly half the suggested incidence of Levelled characters. The base rules are for my campaign a touch too severe. That said by the end of this campaign (Estimated to last until you are all about 6-7th level) survivors will be acclaimed as some of the most powerful in the world. So enjoy the status if you can!