Sorry for the delay been a busy week! Ok well that sure didn’t go as expected! But that’s the bitter sweet part of being a GM you plan you plot you set out your adventure…. An a bunch of crazy murder hobo’s tear it into itty bitty pieces.. or die trying! Good to see Lucious back into his usual insane form, not sure why you would want to drop improvised bombs into a melee but Okay…

Solid and conventional performances from Bormir, Phaedra, Joseph Pope and Mogar. Before Lucious’s “intervention” all of you had a chance of getting on the wrong end of one of the Night things making the Base Xp 3 for everybody playing an active role.

Given the fact the creatures were still active after the blast when several party members had taken additional damage I’m upping that to 4 points for those mentioned above!

The role play was very strong this session and I want to reflect that so that’s another bonus Xp for each of the main characters.

Some good further role play on the morrow, still that has consumed the “Safe” time during daylight with which you could have made it to the Manor. Lets hope they let you in swiftly before Moon rise 😉 . 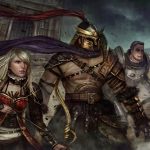 Secondary/New characters will come in at an XP level about 25% below your primary’s. Absentee characters gain a portion of the average award for the session they missed. Certain “Secondary” characters Like Donny & Boggis have earned a few extras. I’ll notify you when (if) they level to 2nd.